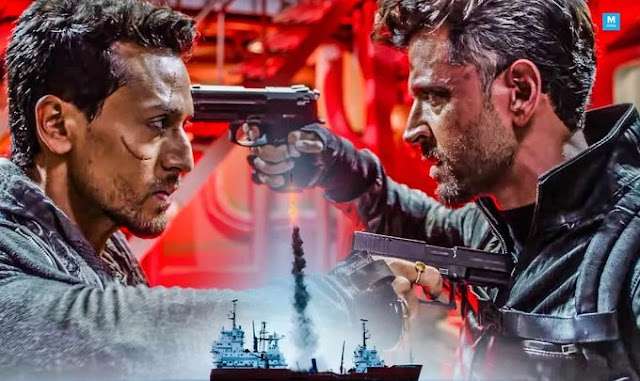 War is a 2019 Indian Hindi-language action thriller film directed by Siddharth Anand and produced by Aditya Chopra under his banner Yash Raj Films. It stars Hrithik Roshan and Tiger Shroff, and tells the story of an Indian soldier assigned to eliminate his former mentor who has gone rogue.

Principal photography began in the second week of September 2018 and concluded in March 2019. Initially titled Fighters, the film’s title was changed after the release of the official teaser in July 2019. The music was composed by Vishal–Shekhar, with lyrics written by Kumaar, and released under the banner YRF Music.

War was theatrically released in India in 4DX on 2 October 2019, the occasion of Gandhi Jayanti.[4] The film received mostly positive reviews from critics, with praise for the performances of Roshan and Shroff and the action sequence, but criticism for its predictable storyline. War set the record for the highest opening day collection for a Bollywood film in India.[5] With a worldwide gross of over ₹450 crores, it emerged as a commercial success and the highest-grossing Indian film of 2019.